Leaving the Lincoln Home, I headed toward St. Louis, where I would cross the Mississippi, and pass near the Jefferson Memorial Site, recognizing the beginning of the Lewis & Clark’s Expedition. This journey was a result Jefferson’s success in negotiating the Louisiana Purchase and wanting to get a report on the land acquired.

As a youngster, I was fascinated with Jefferson, the Louisiana Purchase, and the Lewis & Clark Expedition. This interest was probably motivated by a school report. I undoubtedly received support from my mother, who was an enthusiastic historian, and my dad, a strong patriot.

During the last five years, I have become fascinated and motivated by the last sentence in the Declaration of Independence, written by Jefferson. The last sentence is especially interesting, which concludes, “And for the support of this Declaration, with a firm reliance on the protection of divine Providence, we mutually pledge to each other our Lives, our Fortunes and our sacred Honor.”

Only a handful of people have known the last sentence. However, the third sentence, “… Life, Liberty and the pursuit of Happiness,” is ubiquitous, and we all live by this sentence. 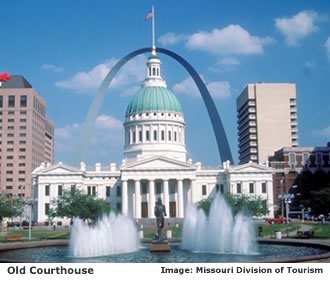 Actions taken by the founding fathers and their fellow patriots were bold, daring, and rooted in the natural greatness of America. The 19th century was one of immense progress in giant proportions by men with big dreams, beginning with the purchase of a great mass, rich in great beauty and natural resources.

Frederick Law Olmsted found himself in a number of “camps” during the l860’s. First, he was living and working in Central Park, both designer and superintendent. Then, he was in the camps of the Union Army, throughout battlefields in the North and South as the Executive Director of Sanitary Commission, and then in the camp grounds at the Mariposa Gold Mine, and in camps at Yosemite Park. This was from 1860 to 1865.

Every Fourth of July, Olmsted appeared to celebrate the birth of The Nation and Freedom, and he reflected on what had been accomplished and all the things that must be done to realize a civilization which was not destroyed by barbarism. For his means of sharing ideas and projects, he used the word “communicativeness.” Olmsted’s ideas and works were a part of America’s great growth in the 19th century.